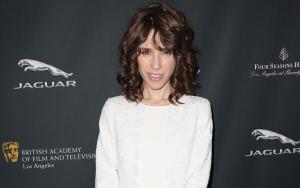 Sally, a Taurus and a famous English actress, was born Sally Cecilia Hawkins to Jacqui Hawkins and Colin Hawkins on  April 27, 1976 in Dulwich borough of London, United Kingdom and is of Irish Catholic descent and stands 5 foot, 4 inches tall. She has one sibling, a brother Finbar Hawkins, who is a film producer. Sally was raised in the Blackheath borough of The City of London. Sally grew up in a creative family - her father and her mom were the famous authors and illustrator duo of over 150 books for children. Sally first developed an interest in acting at the age of three when she went to a circus show.

As a child, Sally was a very anxious and shy kid and didn't have any friends. Kids from the neighborhood would never want to play with her. They would say mean things to her like, she didn’t know how to play, she didn't speak, she’s weird, along with many other insults. This caused her to have an inner psychical state full of turmoil. Sally also had dyslexia, a psychological and neurological issue that causes difficulties in reading. Her parents worked hard to help her overcome dyslexia, and now Sally can memorize a film script in just one day and has become an excellent, professional actress.

Education
Sally Hawkins' primary education was based in London. After elementary school, Sally attended James Allen's Girls' school in the Dulwich borough of the London City. Because she was so in love with acting during her high school drama classes, Sally enrolled into the Royal Academy of Dramatic Art (RADA) based in London in 1994. She graduated from the RADA in 1998.

Career
Sally’s first steps in her career started with her becoming a stage actress in theater plays such as “Accidental Death of an Anarchist”,  “Romeo and Juliet“, “Misconceptions“, “The Cherry Orchard”, “Much Ado About Nothing”, and “A Midsummer Night's Dreamand.” While studying drama at the RADA in 1998, Sally appeared as an extra in Star Wars: Episode I – The Phantom Menace“. In 2002, Sally played Samantha in Mike Leigh's film “All or Nothing.” The pair would go on to work together in two other films, one being the 2004 movie “Vera Drake.”
Sally landed her first major television role in 2005 as Susan Trinder in “Fingersmith”. During 2003 and 2005, Sally appeared in four episodes of the comedy series “Little Britain”.  Her voice was used on a number of radio series, one in which she was a writer on, “Concrete Cow”. In 2007, she played Anne Elliot in the television film of Jane Austen's Persuasion.  Her performance was well received and she was awarded a Golden Nymph award. In 2008 Sally and Mike Leigh worked together again on their third film, a comedy-drama film Happy-Go-Lucky.

Sally portrayed Poppy Cross, a kind-hearted primary school teacher. Her performance received critical acclaim and she received a Golden Globe Award for Best Actress – Motion Picture Musical or Comedy and the Silver Bear for Best Actress. Three films starring Sally, “Made in Dagenham”, “Submarine” and “Never Let Me Go”, all premiered at the 2010 Toronto International Film Festival. Sally, as a veteran of London's theater scene, appeared on Broadway in the theater play “Mrs. Warren's Profession“ in October of 2010. For Sally Hawkins' supporting role in Woody Allen's 2013 film “Blue Jasmine“, Sally was nominated for the first time for an Oscar Award. In November 2014, Sally played Mrs.

FAQ: How old is Sally Hawkins?

FAQ: What is Sally Hawkins networth in 2020?