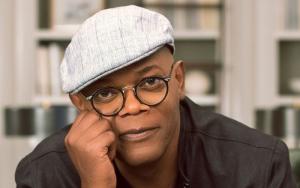 Samuel L Jackson is an American actor and producer. He is regarded highly as one of the most popular actors of his generation. His film has grossed over $27 billion worldwide, making him the highest-grossing actor of all time. To date, he has appeared in more than 100 films.

Born on December 21, 1948, in Washington D.C., Samuel Leroy Jackson was raised by his mother. His father abandoned him, leaving Jackson with a difficult childhood. Jackson's father lived away from the family and passed away later from alcoholism. Samuel Jackson met his father only twice during the time.

Samuel's mother was a factory worker, and she had to work hard to feed and take care of her family. So, Samuel's maternal grandparents, Edgar and Pearl Montgomery, also assisted in raising him as a child.

His schooling life was also tricky; he studied in several segregated schools before graduating from 'Riverside High School' in Chattanooga. In his school days, he played the French horn and the trumpet in the school orchestra. Moreover, as a child, he also suffered from shuttering.

His initial dream was to pursue a degree in marine biology, but after realizing and discovering his likes for acting, his focus shifted. Like a movie script, he found his preferences for acting after joining a local acting group to earn extra points for his class course. Before graduating in 1972, he co-founded a theatre group, 'Just Us Theatre.'

In 1972 he made his motion picture debut in the Blaxploitation film 'Together for Days,' after appearing in several plays. And in 1976, he was cast in a television series Movin' On.'

After the stint, he moved to New York and spent several years appearing in stage plays and doing movies. Legendary Morgan Freeman mentored Samuel in his career, so with the right mentorship, he began then doing prominent roles in many films like 'School Daze' and 'Do the Right Thing,' which were released in 1988 and 1989, respectively. Later in 1990, Samuel appeared in 'Goodfellas,' where he performed a minor role.

One of the most prominent roles came in 1994, where he played the critically acclaimed role of Jules Winnfield in the hit film 'Pulp Fiction.' After the release of the film, Jackson became a world icon. Quentin Tarantino once said he wanted Jackson specifically for that role. Samuel received the nomination for Best Supporting Actor in Academy Awards and the Golden Globe Award. But, he did manage to win the BAFTA Award for his supporting role in Pulp Fiction.

Samuel is married to LaTanya Richardson since 1980; together, they have a daughter named Zoe. His hobbies include watching anime series such as 'Ninja Scroll' and 'Black Lagoon.' And he loves collecting comic books. A famous name in Hollywood, Samuel enjoys the privilege of selecting his hairstyles for his characters in the films. His passion lies in playing gold, but at the same time, he is an avid basketball and soccer fan. The teams he supports are 'Toronto Raptors and 'Liverpool FC.'

Samuel lived a vegan lifestyle for his health reasons; he explained it by saying, 'just trying to live forever.' His vegan life started in August 2013 and ended in March 2017.