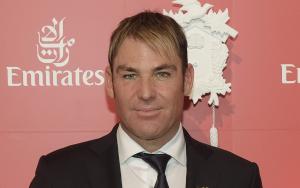 Shane Warne was born as Shane Keith Warne on 13 September 1969 in Victoria, Australia. His father's name is Keith Warne and his mother name is Brigitte Warne. For his primary education, he went to Hampton High School. He was then selected by Mentone Grammar on a scholarship that helped him learn cricket even more and in a better way. He later got enrolled into the University of Melbourne for his higher studies.

His first cricket club was Kilda Cricket Club that he joined at an age of 18 years old. He started to experiment with his bowling and soon found out that his leg spin bowling was very much playable by the orthodox batsmen. He started to build upon this and bowled even more from then on. He made his debut in the first class cricket in 1991 when he played against West Australia. He took 4 wickets in that game and made his arrival to the mainstream cricket a memorable one.

He was included in the team on top of his good performances in the year 1992. He, however, couldn't perform as she did in the first class cricket. Also, the fast pitches were not suitable for his kind of bowling so pacers were preferred in the team. He was dropped from the team and was later included in 1993. This time he was motivated to get enough wickets to make his place in the team, little he knew that he would one day be the highest wicket taker in the world. He took ten wickets in a test match which was a feat only he could achieve against the south African team.

A giant Ashes in 1994 he took 7 wickets in a match to hand over the trophy to the Australian team. He continued his immense performance in the game for another decade. In the 1996 world cup, Warne performed very well throughout the series but just before the final he had a fallout with the ten captain. He gave 58 runs in the final and couldn't take any wickets. Australia lost the game and Sri Lanka won the world cup for the first time ever.

He continued giving good performances and winning matches for Australia sometimes single handheld. Just before the 2003 world cup however he was found positive for the drug test and was banned from the cricket. In the meantime, he became a presenter and did commentary. He late returned to the game in 2004. In 2007 he retired from the international cricket but continued to play in domestic leagues.

In 2008 he was signed by the Rajasthan Royals in the first season of India Premier League. He was made the captain of a team which was thrust to be a misfit to win the league. Rajasthan, however, went on to win the league with Shane Warne as the captain. He married his long time girlfriend in 2004. He has 3 children with his wife. Currently, he appears in Tv shows and does commentary. His net worth is estimated to be around $30 million.

FAQ: How old is Shane Warne?