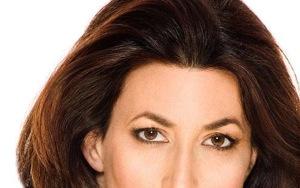 Tammy K. Bruce is a conservative American radio broadcaster, author, and political analyst born on August 20, 1962. She had previously served as president of the National Organization for Women's Los Angeles chapter. She is presently a Fox News contributor and the Fox Nation show Get Tammy Bruce presenter.

Tammy is a graduate of the University of South California and holds a Bachelor's Degree in Political Science. In 1987, Bruce founded a group of women who were promoting and supporting female activities. They worked against the crimes or mistreatment of women in society. They united to work against clinics that were doing illegal abortions. During three years, from 1987 to 1990, she was an active volunteer for campaigns that tried to raise awareness about AIDS. She was once the president of the Los Angeles Chapter for the National Organization of Women.

Apart from being a talk show host for radio and television, Tammy is also a bestselling author and online blogger. She is a contributor to Fox News when it comes to political issues. After Tammy started her independent program on radio, it was rated as no. 1 in the country. She also writes many political articles as a columnist. The papers she writes for include significant publications like The Guardian. Her columns and articles are read and published worldwide in national and international magazines.

She was once a traditionalist and democrat. In 1990, she was associated with several democrat campaigns, one being Clinton's presidential campaign. Being a current conservative, she is always on their side and has immense support for conservatives like former presidents George Bush and Ronald Regan. Later in 2008, she decided not to support or associate with any party, but it is speculated that she only stated that she is genuinely a conservative for publicity reasons.

Bruce has written three books that display the skill of her writing talent. She used to write regularly in columns and magazines about the issues that were most important to her. Her novels were on the best sellers list, and her columns were equally popular.

Bruce has also worked in full-length films, documentaries, and short films. She also acted as a supporting character in many productions.

While most of her fans admire Tammy for her bold attitude and outspoken comments, there was a time when she went too far with her commentary. Fox News tends to turn viral videos into cringe segments to push their theme that American culture has declined due to liberals on the left. They like to find examples online that show how much sensitivity is running the youth in the country. In one specific video where a young boy demanded an apology from vice president Mike Pence for bumping into his face with his sleeve, a Fox News anchor on the Tucker Carlson Tonight named Bill Hemmer commented during the video, "Kids these days, they're telling the parents what to do, they're telling the teachers what to do, and I guess now they're telling the vice president what to do."

FAQ: How old is Tammy Bruce?