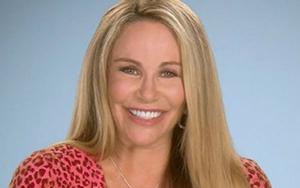 Who is Tawny Kitaen?

Tawny Kitaen is an American actress, comedian, and media personality who was born on August 5, 1961, in San Diego, California, in the United States. Kitaen is the daughter of Linda Nee Taylor, a former beauty pageant competitor, and Terry Kitaen, a worker at a neon sign company. Her birth name is Julie Kitaen but she went by her nickname "Tawny" since age 12. She made her acting debut in 1983 with a small role in the made-for-television movie "Malibu". The following year, Kitaen appeared in the erotic adventure film "The Perils of Gwendoline in the Land of the Yik-Yak". She went on to star alongside a young actor named Tom Hanks in the film "Bachelor Party" where she played Hanks on-screen bride. Kitaen landed a starring role in the horror film "Witchboard" in 1986.

She continued appearing in films throughout the 1980s and 1990s. She made her television debut in the comedy sitcom "Seinfeld" in 1991. Kitaen dated the singer of the group Whitesnake, David Coverdale. The couple were briefly married in 1989 but divorced two years later. She went on to marry baseball player Chuck Finley in 1997. The pair also separated in 2002 after having two daughters together.

FAQ: How old is Tawny Kitaen?