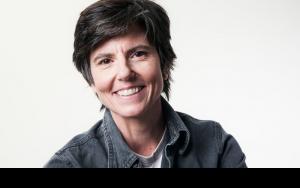 Tig Notaro is an American stand-up comedian, writer, actress, and radio host who was born on March 24, 1971, in Jackson, Mississipi, in the United States. Her birth name is Mathilde O'Callaghan Notaro but she goes by "Tig" for short. Notaro was born to her mother Mathilde and her father Pat Notaro. She grew up in Pass Christian, Mississippi but moved to Spring, Texas near Houston when she was in kindergarten. Notaro has an older brother named Renaud Notaro who is a well-known radio host. Notaro dropped out of high school and got her GED in 1990. She went on to pursue a career in the music industry as a band manager in the 1990s. Notaro shifted her career toward comedy after being featured on "Comedy Central Presents" as well as "The Sarah Silverman Program". Notaro began writing with fellow comedian Kyle Dunnigan and the pair started a podcast called "Professor Blastoff" along with David Huntsberger. In 2011, Notaro released her first stand-up album titled "Good One". She followed up her debut with her second album in 2012 titled "Live" which features a performance given shortly after finding out she had breast cancer in both breasts. Notaro beat her cancer after undergoing a double mastectomy. She married Stephanie Allynne on October 24, 2015, and the following year the pair had twins using Allynne's eggs and a surrogate.

FAQ: How old is Tig Notaro?