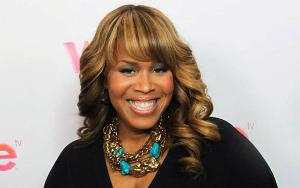 Tina Campbell is known as an American singer and songwriter. She is most famous for performing in the gospel duo, ‘Mary Mary’ with her sister Erica Campbell and their debut album ‘Thankful’.

Trecina Evette Campbell was born on May 1, 1974 in Inglewood, CA.

In 1998, Tina Campbell and her sister Erica started a gospel R/B duo called Mary, Mary. They are well known for songs like Shackles and We Livin.

In the year 2000, Tina Campbell got married to Teddy Campbell, a drummer from American Idol. They have two sons and two daughters from this relationship. In 2013, Tina revealed that her husband had cheated on her with a lot of affairs with other women. Initially, Tina thought that Teddy had only one secret girlfriend, but, later, she came to know that he has been cheating on her a lot of times with different women.

When Tina was on the road for her career, Teddy was fooling around with a lot of women. Tina was so angry that she wanted to end the marriage. She said that she would tell the whole world about him. However, as time passed by, she started to heal and forgave him for all his acts. She took all the responsibilities and said that she was a lousy wife. She never listened to him and was very controlling. When she became a mother, their communication was broken as she became too busy with her children and her career.

Later, it was found that he was making it harder for the healing process to complete. He confessed about a new relationship, every month or every two weeks. This made her even worse and within two months, she was ready to divorce him. She kicked him out of the house and filed for the separation. With many holes in the relationship dug open, she lost all her hope in repairing the relationship. She just told him to leave and he did not want him in her house. The separation was filed in April 2014.

The hearings and settlement about the divorce were kept under wraps. There are no details about whether she has requested alimony, child support, and custody of the children. There are no details of how many relationships were exposed to change her mind from accusing herself to kicking him out of her house. In Jan 2014, she said that he is not the only one responsible and she had her own role to play, too. In March 2014, she said that she could no longer take it and in April 2014, she kicked him out.

Teddy, on the other hand, expressed his part of the story on Facebook. He said that it was true that he had problems but he stated that Tina has problems with her pride, rage, and unwillingness to forgive. He said that he had to put up with her for two decades and she has not changed yet.

Tina replied back in another episode stating that men want to be men, taking care of their own needs, and wanting women to be Jesus about it and take all the blame for them. She said that she can no longer be Jesus and she was broken already. She has filed the separation citing infidelity as the reason for it. Teddy’s response to the filing and her requests on the separation settlements are not known to the public.

FAQ: What is Tina Campbell networth in 2020?