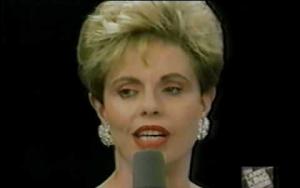 Toni Tennille is known as a singer and songwriter. The song that she is most famous for is called "Love Will Keep Us Together". She and her ex-husband, Daryl Dragon performed the song together as a band called Captain & Tennille.

Toni Tennille was born as Kathryn Antoinette Tennille on May 08, 1940. Toni was raised in Alabama and she is a part a family of the entertainers. Frank Tennille, her father used Clark Randal as a stage pseudonym and together with Bob Crosby he was the singer for the Bobcats. Kathryn Tennille, her mother was a local television pioneer and the hostess for the first daytime TV talk show in Montgomery, Alabama.

Tennille graduated from Sidney Lanier High School before attending Auburn University in Alabama for two years. Her sisters Melissa, Louisa, and Jane sang on different TV shows. They are also on the Captain and Tennille albums. She started the path to her music career when she was learning classical piano at Auburn University and singing with the university band called ‘Auburn Knights’. Her sister Louisa joined her and was the background singer in the band.

Music Career and Touring The World

As a singer, she has been able to get the legend tag. Some of her more known songs are, ‘You Need a Woman’, ‘Do that To Me One’, and ‘The Way I Want To’. Toni was a backup singer for Breakaway and Art Garfunkel together with Elton John on the albums 33, 21, Blue Moves, and Caribou. She has also did some solo work without involving her husband. She uses the contralto vocal range which is pleasant for the ears of her fans. Captain & Tennille is the band that she is most known for.

In an interview with Classic Bands, Toni talked about life on the road as a touring musician. When asked about one of the important members on her team, she went into detail about the role of a road manager. Without a road manager, things can get hectic for a touring band. The band needs to stay focused as much as possible on the music and their performance so they need their road manager to handle everything else. Toni and her band appreciated their road manager deeply, “Our road manager does everything that they possibly can. They check 12 hours before we arrive, and it's always not right. So, it's just that kind of frustration of being on the road. Daryl and I are exercisers. We live in the foothills of the High Sierras. So, every day when we're home, we're up in the hills for an hour with the dogs, hiking. And when you're on the road you can't do that.”

Keeping up with healthy nutrition and staying physical active is tough for people who tour because sometimes not all the options are available, “Some of the hotels nowadays do have gyms which is better than it used to be. We also watch what we eat and that's also hard to do when you're on the road. You're stuck with hotel food for the most part. It's just confining if you end up at a hotel, in a downtown area, where you're surrounded by nothing but downtown, and there's no place to hike. We're sort of open air people. (Laughs) So, it's not my favorite kind of life. And I say this as someone who's gonna be on the road for a year.”

FAQ: How old is Toni Tennille?

FAQ: What is Toni Tennille networth in 2020?