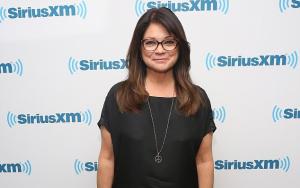 Bertinelli has dated celebrities like Scott Colomby and director Steven Spielberg. She has married twice in her life.

Her first marriage was to Eddie Van Halen, the lead guitarist, and songwriter for the popular rock band "Van Halen". Bertinelli and Van Halen got married on April 11, 1981. After ten years of marriage, Bertinelli gave birth to their first child, a boy, on March 16th, 1991. The couple named their son Wolfgang Van Halen. Ten years after the birth of their son, their marriage would end start to crumble. At first, they only separated in 2001, but she finally divorced Eddie Van Halen on December 20th, 2007. She attributed the main reasons for the divorce to Van Halen's drug and smoking habits. Van Halen said he could not quit cocaine or smoking cigarettes even though he had one-third of his tongue removed due to treatments for tongue cancer.

On February 25, 2008, Bertinelli wrote her first book which was titled "Losing It: And Gaining My Life Back One Pound at a Time" thrusting her onto the list of bestsellers. This book revealed some secrets about why her marriage to Van Halen ended. She also admitted to struggling with cocaine herself saying, "I got to the point where whenever I heard the birds chirp, I’d be like. Oh. God, no."

After divorcing Van Halen, she started dating Tom Vitale in 2004. Vitale was her financial planner and friend for years. Eventually, the pair announced their engagement in May of 2010. One month later, Bertinelli ran in the Boston Marathon to benefit the Dana-Farber Cancer Institute. She finished the marathon with a completion time of 5:14:37. On January 1, 2011, Bertinelli married Tom Vitale. She is also known for her philanthropic activities and the many charities she supports which include the American Heart Association and Cedars Sinai Medical Center.

Bertinelli's net worth is estimated to be around $20 million USD.

In March 2003, the media falsely reported that Bertinelli had brain cancer and she had only two to three months left to live. Her doctors later clarified that it was only located in the lining of the brain.

FAQ: How old is Valerie Bertinelli?

FAQ: What is Valerie Bertinelli networth in 2020?