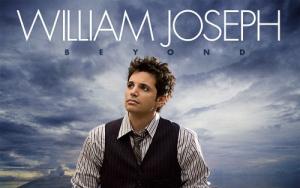 “I absolutely love playing in front of an audience. Not only do I want to take people on a musical journey, but I want to connect with them and hear what they think, which is why I love meeting people after the shows. The fans are as much a part of this as everything else and I take that connection with them very seriously. In the end, I just want to bring as many people along with me on this adventure as possible.”

-William Joseph while playing his piano-upside down during his first tour, 2008, Canada

American pianist and recording artist William Joseph is best known for his famous studio albums such as Within (2004), Beyond (2008) and Be Still (2002).  In addition to his diverse musical albums, he is also credited for creating the theme song for The Phoenix Coyotes hockey team and also for creating the moving anthem "Seeds of Hope," which garnered loads of international media coverage and recognition to the Kosove Refugee Crisis.

Born in 1980 in Pheonix, Arizona, United States to supportive parents, William has been playing piano since an early age. More precisely, he was only four when he amazed his parents by putting both of his hands on his toy piano while watching Fraggle Rock's theme song on television.

Amazingly, he became an apprentice of Russian pianist Stella Saperstein at the age of 8 and kept learning from her for 13 years.  Nonetheless, he also received a full musical scholarship provided by the Boys Clubs of America at the age of 8. In an interview, Stella, who first met William when he was 4, said that William began to compose music on his piano at the age of 5.

One of the veteran teacher of the reputed Arizona Music Academy, William is not only famous for his teaching lessons but also for his YouTube account, where one can find plenty of William's masterpieces including Dubstep piano on the lake-Radioactive-with William Joseph.

Impressively, William is one of the most sought after pianist in the United States right now.  If you aren't aware, William has performed in various high profile musical events, including Josh Groban 2004's support tour, Clay Aiken's two months 2005 tour, and many more.

Now moving on to his physique, he possesses an average tall height that is speculated to be in the range of 5 feet and 10 inches to 6 feet. In addition to his messy short hairstyle and distinct winsome face, he is known for his slim-fit body.

Talking about his relationship status, he is generally regarded as a married man because of a story her shared in an interview a long time ago.

The story goes like this. William, an Arizona Music Academy employee, performs at a charity event (in 2003) during  it's sound checking session in his hometown. Fortunately, Canadian musician and producer David Foster gets impressed upon hearing William in the sound session that he not only leads his orchestra in accompaniment of the song but also asks William to open the concert for them that night. William thanks his friend for engineering his meeting with Foster and then phone calls his wife of  one week to ask whether she have a nice dress to wear for the night or not.

FAQ: What is William Joseph networth in 2020?