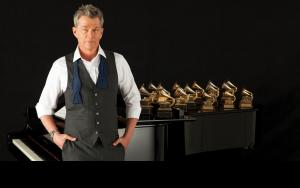 David Walter Foster was born on November 1, 1949 in Victoria, British Columbia, Canada. He is a famous musician, record producer, songwriter, arranger, and composer. He enrolled in 1963, when he was just 13 years old, in the University of Washington music program. He formed a band in Victoria, the Strangers, and they moved together to England. He then came back to Toronto, where he started playing with the musician Ronnie Hawkins.

In 1974 Foster moved to Los Angeles with his pop band, the Skylark, after they had already reached some fame thanks to their hit “Wildflower”, published in 1973. The Skylark disbanded, and Foster formed with Jay Graydon the band Airplay. In 1975 Foster played on George Harrison’s album Extra Texture, and, in the next year, he was again in the Harrison’s album “Thirty-Three & 1/3”, where he played the Fender Rodes and the clavinet. In 1976 Foster participated in the album “Lies and Alibis” with Guthrie Thomas and Ringo Star, and in 1979 he’s been one of the most important contributors of the album “I am” of the “Earth, Wind and Fire”.

In 1995 Foster signed a deal with Warner Brothers that allowed him to setup his own boutique label, 143 Records, as a joint venture with them. In 1997 Foster sold the label to Warner Brothers itself, and he became the vice president of the corporation. With this label, Foster producer important debut album for Josh Groban (2001), Michael Bublé (2003), Renee Olstead (2004), and Charice (2010). In 2001 Foster participated with Lara Fabian and the Vancouver Symphony Orchestra to the record of the Canadian national anthem “O Canada” in English and French. That same year Foster composed a song for the movie “The Score”, with Robert de Niro and Marlon Brando, and he also appeared in the TV Program “Popstars”, a reality series by Warner Brothers. In 2005 he wrote a song, together with His daughter and with Beyoncé, as anthem of “World Children’s Day”, an event to raise money for children’s causes.

In that same year he participated to the reality TV show “The Princes of Malibu”, and also in the famous musical show “American Idol”, and as a guest judge in “Nashville Star”. In 2006 Foster has been again in TV as a vocal coach in “The View”. In 2008 Foster has been featured in a PBS special, whose title was “Hit Man: David Foster & Friends”. In 2011 Foster Became a Chairman for Verve Music Group. In 2013 he produced the first album of Mary J. Blige “A Mary Christmas”, and also the album “Passione” for the Italian singer Andrea Bocelli. In 2015 Foster joined the judges of “Asia’s Got Talent”, and in 2016 he left Verve.

FAQ: How old is David Foster?