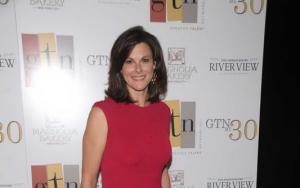 Alma Dale Campbell Brown better known as Campbell Brown was born on June 14, 1968. She is the current head of global news partnerships at Facebook and is a former journalist for major networks like CNN.

Background
She got her early education at Trinity Episcopal which was a day school in Louisiana. In the southern state of Louisiana, she was brought up with two of her siblings. Her and her sisters were raised in strict accordance with catholic norms and catholic values.

For two years, she was enrolled in a state university in Louisiana, but later she joined and completed her degree when she graduated from the famous Regis University. During her effort to complete her graduation, she worked as class teacher for a very short span of time.

Journalism Career
At the starting stage of Campbell's journalism career, she began as the local news channel reporter for KSNT. Later in 1996, she was involved with one of the programs that was produced by the NBC channel. She worked extremely hard and was promoted herself as the white house news correspondent for NBC. Campbell Brown was appointed, applauded and her promotion was backed up by her skills. She went to the Pentagon to handle the live war coverage in Kosovo. Campbell Brown has remarkably presented a huge range of mainstream events occurring all over the world.

Writing was predominantly the burning passion of her life as she had wrote articles for numerous internationally renowned newspapers like the Wall Street Journal, the New York Times, and The Daily Beast. During her tenure with the NBC team, she made an extraordinary achievement in her reporter career by winning the Emmy awards for reporting live consequences and destruction reports of hurricane called Katrina among the general public. Her coverage of Katrina was extremely impressively and made the horrified public aware regarding the negative consequences of Katrina.

Campbell’s success is the result of her constant enthusiasm combined with her strong effort. When Brown joined the CNN channel, she had been given the important and sensitive task to cover the presidential election in the year 2000. During the period of presidential elections she developed, vetted and presented the story regarding the behind the curtains view of the election campaigns. She had meticulously covered the previous US president, George W. Bush and also the Republican National Conference.

She gradually became successful at promoting herself into as a top news anchor on NBC nightly show where she was subbing in for the former anchor, Brian William.

FAQ: How old is Campbell Brown?

FAQ: What is Campbell Brown networth in 2020?