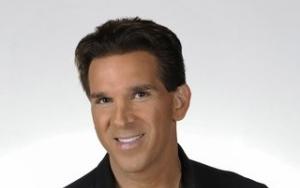 Erik Kuselias was a radio and television host. He was a co host of Pro football Talk at NBC sports network together with Mike Florio and a Host of NBC sports Radio.  He hosted Morning Drive at Golf Channel, The SportsBash and ESPN2.

Erik Kuselias was raised from Connecticut and he was a baseball player for all state. He was in same class as Mo Vaughn,  Brad  Ausmus and Jeff Bagwell, who became Major League Baseball stars. He graduated at Brown University and went to University of Michigan Law School in Columbia University and was admitted for PH.D there. He is a member of Goldblatt, Kuselias & Rashba PC, he works on many arbitrations cases. He is a Mensa International member which a society of high IQs people.  He is a husband to Holly Sonders. Holly was a host of Morning Drive at Gold Channel and she left to join Fox Sports to report about golf and to be a sideline reporter of NFL games.

He started his career at SportsBash in the show: The Sports Brothers together with Chris, his brother.  Chris left the show to pursue other opportunities in 2005 but he continued to contribute to the show in one way or another.

Erik Kuselias hosted NASCAR now, a show that was debuted in 2007 and in 2008; he was replaced by Nicole Manske. He returned to ESPN radio in 2009. He appeared as a replacement of one of the hosts in Mike and Mike in The Morning for Mike Golic or Mike Greenberg. During the NFL football season, he was always on the morning show called Freaking Fantasy.

He was a host of Fantasy Football Now which is a web based show that got an Emmy Award.  In 2011, he was co-hosting Morning Drive at Golf Channel. He appeared at CNBC for Stanley Cup Playoffs.  He left Morning to go to NBC Sports, which is the parent company of Golf Channel.

Erik Kuselias left NBC when he tried to get a deal package with Holly Sonders at Fox Sports.  The deals brew up into his face, it is said that as soon as the pair started to hook up, things got bad and their marriage had only lasted a year.  Even if their Contracts were yet over, he tried to sell himself as a package deal with his wife to Fox Sports.  This is because Fox was interested in Sonders to cover Golf and Kuselias saw this as a good opportunity. However fox said that it was not interested. However, when he was denied Fox option, he went to NBC to ask for a new deal for the pair. However, this cost their jobs and they were said that they will not appear on the TV for the remaining time of their contracts even if they will be paid out.

Erik Kuselias had a wife before, however their marriage ended up in divorce because he cheated on her and was caught. The Alimony after divorce was 150k per year. His net worth and salary is not disclosed.

FAQ: What is Erik Kuselias networth in 2020?