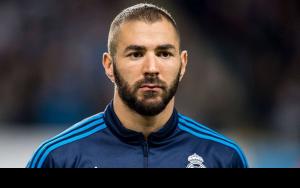 Karim Mostafa Benzema was born on 19 December 1987 in Lyon. He was born to a middle-class Muslim family. Benzema is the6th of 8 children and grew up in a suburb of Lyon. His younger brothers Gressy and Sabri are also football players. He began playing football at the age of eight for a local club Bron Terraillon SC. He took to football and showed great speed and control. After scoring two goals in an under-10 match against the Lyon youth academy, Karim began attracting attention of the Lyon club. He was soon approached by the Lyon officials and in 1990 he joined the club’s academy after Bron Terraillion allowed him to try out.

He gave very good performances at the youth level and was praised by the club coach. He was a piece of Lyon's foundation at nine years old. All the signs pointed to him being destined to become a very good football player when he grew up. He was a respectful and tenacious student in the school.

While playing in the under-16 youth domestic team he managed to score thirty eight goals in the Championnat Nationalfor 16 year olds. He was soon part of the club’s reserve team playing in the Championnat de France amateur crusading second spot in the group. He made his first professional appearance on in December of 2004 playing as a substitute. The game resolted in a huge win. He also made six appearances for Lyon winning the league title. He was also part of UEFA Champions league and played in the final match against Norwegian club. He was part of 2006 Trophee des Champions and played against Paris Saint German.

Lyon won the first double under Benzema in UEFA Champions league registering six goals in six Coupe de France matches. He had extended his contract with the Lyon in Morch of 2008 reigning as the highest paid footballer of France. He was rewarded with the League 1 player of the year the same year he was the league’s top scorer. He was transferred to the Spanish club Real Madrid on on July 1, 2009 witha transfer fee of 35 million dollars.

He made his debue for Real Madrid on July 20th against the Irish club. He was part of several international matches such as France youth International, 2004 UEFA European Under-17 Football Championship.  A month later, he scored his first goal for the club in a 5–0 victory against newly promoted Xerez. Benzema scored his first double for Madrid in a 3–0 home victory. He made his Champions League debut for the club on September 30th in a group stage tie against Marseille. In the match, Benzema assisted on a Cristiano Ronaldo goal. After failing to score a goal in the month of October, in the team's first match in November against Italian club Milan in the Champions League, Benzema scored the opener to give Madrid a 1–0 lead. His goal was later cancelled out by a Ronaldinho penalty.On November 7th, in the El Derbi madrileño against Atlético Madrid, Benzema assisted on Madrid's second goal, scored by Marcelo. Madrid won the match 3–2.

FAQ: How old is Karim Benzema?

FAQ: What is Karim Benzema networth in 2020?