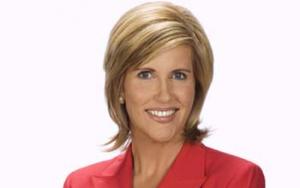 Kay McGrath is known as an Australian television presenter and journalist. She is most famous for appearing on Seven News in Brisbane, Australia.

Kay McGrath is a popular television broadcaster icon and has won various awards as a journalist. She frequently co-hosted the Seven News in Australia with her co-presenter, Rod Young.

At the beginning of her career, Kay started as a newscaster at Brisbane for the TVQ-10 and later became a part of the Seven News team in Brisbane. She has been extremely professional in covering various events which included the Brisbane airport hijack and a live report of how the Cyclone Larry went off Innis fail Fitzgerald. She also covered the death of the famous Steve Irwin.

Before working as a newscaster at Seven Brisbane, she was the co-host of the program National Morning business and finance program. Also, she functioned as the co-host of news bulleting showing daily at Channel Ten. She came up with many amazing investigations on TV that included the Fitzgerald inquiry. This investigation was about corruption in the telecommunication tapes. She was awarded the Logie award for her distinct coverage of these events.

She and Rod Young did their last news reporting on Channel 7 together. Both went on to doing bulletins separately. Young went on to anchor as a new Gold Coast Bulletin while she went on to present the Weekend news solo. They both co-hosted the Channel 7 bulletin for 14 years and this gave them the nickname of work husband and wife. According to young, one thing he will certainly miss is the team behind the news and McGrath.

For Kay, her work husband will be missed by her, not forgetting his caring nature coupled with his sense of humor. She described her partner, Rod as someone who is professionally good and when it’s news, he is a real man. He has loads of gravitas and depth, with a good heart behind that impressive mustache of his. She considered their combination as a marriage and stated how marriages don’t seem to last that long and the end of their news bulletins is like a break up for her. Rod started at his new position on Gold Coast on the 4th of July in 2016

Kay McGrath is currently married to Richard Moore. She had two children from her previous marriage. Prior to getting married to Moore, she never thought she could be married again. Moore is a known businessman. When they were on holiday at Fiji, he proposed to her.

Kay McGrath is an active participant involved in community activities. Her commitments and participation with the breast cancer association are remarkable. She is a furious campaigner playing in opposition to child abuse as well. Kay was the patron of an organization called PACT (Protect All Children Today). She was the ambassador of The Abused Child Trust. She also served the committee where she was chaired as the committee member of Child Protection Week Activities. Kay was the proud vice-patron of the Breast Cancer Association of Queensland.