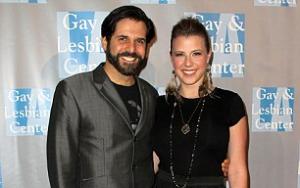 Morty Coyle is a DJ and actor from Hollywood, California, United States. Coyle also established as a music composer for movies and commercials. Coyle was fond of music since childhood, and he has established himself as a good composer in the world of professional music. There is no information about his early life and education. Currently he has over fifteen years’ experience as DJ and works on SAG-AFTRA in Los-Angeles. He also is a general manager of Table Manners Management. His career begun in the middle of 90’s he worked in clubs, parties and TV appearances. Currently he is the house DJ on upcoming “The Osbourne's”.

Morty Coyle played music at private parties for most known Hollywood stars such as Carmen Electra and Dave Navarro at the Hard Rock in Las Vegas, he played on the birthday of Kirsten Dunst, Marilyn Manson at Olympic Auditorium in Los Angeles. He also was a DJ on Paris Hilton’s various birthday parties, played for Goldie Hawn and Kurt Russell on the Holiday party, in private residence.

He also was invited as a supporting act and co-headliner for different clubs in Hollywood as: Spider club, Avalon, The Orpheum, Dragonfly for singers and bands such as Kurtis Blow, Yaz, The Spazmatics, Digital Underground, Good Charlotte, Erasure Doug E. Fresh.

Behind solo work as a DJ, Morty also is a lead singer and songwriter for “The Imposters” music band and another project – “All Day Sucker and Men Without Sex”. He was as songwriter for Jordan Zevon at the Songwriting 2008 Grand Prize Winning song, "Home".

Morty Coyle played every Tuesday at Canter's Kibitz Room singing with the world-famous, musically improvisational, jam band, “The F.O.C.K.R.s”. Morty Coyle always in demand as a musician, because he is Hollywood's #1 '80s and Rock D.J. and can also seamlessly mix any specific genre/era of music from the last 60 years.

As for his personal life, Morty best known for being the third ex husband of Jodie Sweetin. Morty Coyle married to actress Jodie Sweetin (known for role in sitcom “Full Hous”) on march 15, 2012. They got engaged in the early 2011. They already had a baby after one year relationship - a daughter named Beatrix Carlin Sweetin Coyle born on December 31, 2010. Morty divorced with his wife after three years of marriage in the 2015.