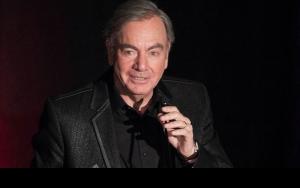 Neil Leslie Diamond is a singer-songwriter, musician, and actor from the United States. He is one of the best-selling musicians of all time, with over 100 million albums sold worldwide. "Cracklin' Rosie," "Song Sung Blue," "Longfellow Serenade," "I've Been This Way Before," "If You Know What I Mean," "Desirée," "You Don't Bring Me, Flowers," "America," "Yesterday's Songs," and "Heartlight" are among his eleven No. 1 hit on the Hot 100 and Adult Contemporary charts. Diamond's songs have charted in the Top 10 on the Billboard Adult Contemporary charts 38 times.

Neil Leslie Diamond was born on January 24, 1941, to a Jewish family descended from Russian and Polish immigrants. He was born to his mother Rose and his father Akeeba "Kieve" Diamond, who worked as a dry goods merchant. Diamond was born in Coney Island in New York City, but his family temporarily relocated to Cheyenne, Wyoming, because of his father's military service. In Wyoming, Diamond developed a passion for "singing cowboy" films and matinee showings at the local cinema.

When World War II finally ended, the Diamond family would return to the Brooklyn suburbs of New York City. Diamond's passion for music grew when he was given a $9 acoustic guitar as a birthday present as a young boy. By the age of 15, Diamond wrote his first song, "Hear Them Bells'. He attended high school at Erasmus Hall High School, where he sang in the 100-member fixed chorus. One of his classmates was Barbra Streisand, a famous American singer, songwriter, actress, and filmmaker. Diamond left Erasmus when he moved back to Brighton Beach and attended Lincoln High School. There he joined the Fencing Team.

Ironically, Diamond and Streisand would not formally meet until over 20 years later. In 1958, he graduated from Abraham Lincoln High School, where Diamond earned a fencing scholarship to New York University's pre-med program, where he studied to become a doctor. He gave it his best attempt, but the medicine did not spark his passion in the same way that music did. Diamond dropped out of New York University in his junior year, just ten credits shy of graduating.

Neil Leslie Diamond is an American songwriter and singer who would also venture into acting. He is best known for his works in "Cracklin' Rosie," "Song Sung Blue," "America," and "Heartlight." He and a friend named Jack Packer formed a duo singing group called "Neil & Jack." They performed at Long Island's Little Neck Country Club and even recorded a single for Shell Records. Unfortunately, the duo's debut record failed to sell, and the pair soon split up. Although his first years as a musician were not successful, he would become one of the world's best-selling artists of all time.

After his unsuccessful first attempt to break into the music industry, Diamond went to work for Sunbeam Music on Manhattan's famous Tin Pan Alley, where he made only $50 a week tailoring songs to the needs and abilities of the company's B-grade performers. Finding the work unrewarding, Neil soon quit working for Sunbeam Music to pursue his passions once again. Neil began to live there by renting a storage room in a printer's shop above the famed Birdland nightclub on Broadway. He even installed a $30 piano and a pay telephone and set about writing his songs his way.

By chance, Diamond would encounter the songwriting and record-producing duo consisting of Jeff Barry and Ellie Greenwich. The collaboration would ultimately land Diamond a contract with Bang Records. In 1966, he recorded his first solo album, which contained several hit singles, including "Solitary Man" and "Cherry, Cherry." Diamond appears twice on Dick Clark's "American Bandstand" TV musical variety show during the same year. He would then write the music for several songs for "The Monkees," which included "I'm a Believer," a song that became a hit single in 1967.

FAQ: How old is Neil Diamond?