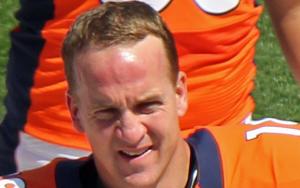 Peyton Williams Manning is a former NFL American Football quarterback who played for the Denver Broncos and Indianapolis Colts. He is most famous for his long career with the Colts and his two Super Bowl Championships.

Peyton Williams Manning was born on March 24, 1976, in New Orleans, Louisiana. His high school days at Isidore Newman School were filled with cherished memories of playing and learning football. Peyton got encouragement from his parents Archie Manning and Olivia Williams Manning; Archie is the father of three boys, including Peyton and Eli Manning. Eli played his whole career for the New York Giants as a quarterback. Archie also played the quarterback position in the NFL for the New Orleans Saints from 1971 to 1982. Like his son, Archie also won several awards, including the SEC player of the year in 1969, NFC offensive player of 1978, and was also featured in the first team list in 1969.

Peyton's love for American Football grew during his college days at Tennessee, where he joined the Tennessee Volunteers football team. During his stay in the club, Peyton gained more experience as he participated in the Football Bowl Subdivision organized by the National Collegiate Athletic Association.

Peyton's wife, Ashley Manning, has been with the NFL quarterback champion since the early days of his career. They had shared a long history, as their relationship can be dated back to college days before he even started his pro career. They entered a new phase in their relationship as husband and wife when Peyton joined the Indianapolis Colts.

Ashley's parents are Marsha Thompson and Bill Thompson. She is one of the four children in her family. After their marriage in 2001, Ashley has continuously proven to be a supportive wife. Even though she stayed behind the scenes after their wedding, Ashley showed up when it mattered most during critical events such as the State Dinner at the White House and award ceremonies.

Five years before Peyton's retirement, the lovely couple added a set of twins babies to the family. Peyton and his kids, Marshall and Mosley, were seen together during one of his super bowl award ceremonies.

He earned the nickname 'The Sherriff' because of his signature pre-snap routine. With a couple of accomplishments in his hat, he has declared the best player in the NFL in 2009. In the year 2000, Sports Illustrated and Fox Sports tagged him as the NFL player of the decade.

The 40-year old former quarterback played for 18 years before he retired from the game in March 2016. Peyton has won the Super Bowl championship twice, the prestigious NFL MVP award five times, and has also clinched the All-Pro award several times. In 2003, 2004, 2008 and 2009, and 2013, he won the Most Valuable Player Award from the National Football League. Other honors to his football sporting career include the 2012 comeback National Football League Player of the Year and the Maxwell Award of 1997.

Peyton had a career passer rating of 96.5 after completing 71,940 yards. NFL calculated his complete passes to be 6,125 out of 9,380 attempts. Peyton's successful career was cut short following his neck surgery and his mom's persistence for him to retire from the game.

Peyton's net worth began to grow from the first day he set his feet on the field as a member of the Indianapolis Colts. According to Forbes, he retired with a total of $400 million in career earnings. This amount includes his contracts, signing bonuses, and advertisements, which he frequently did as one of the most marketable players in the NFL.

Manning announced his retirement on March 7, 2016, after 18 seasons. His final remarks in his farewell address were, "I put up a good fight. I've completed my football race, and now, after 18 years, it's time for me to retire. God bless you, everyone, and God bless football as well." Manning won the 2016 ESPY Icon Award after 18 seasons in the NFL. During his career, he won a total of nine ESPY Awards.

The Colts unveiled a bronze statue of Manning outside Lucas Oil Stadium on October 7, 2017, in front of hundreds of fans. Manning was inducted into the Indianapolis Colts Ring of Honor, and his jersey was retired by the team for the first time since they relocated to Indianapolis. Manning was inducted into the Pro Football Hall of Fame on February 6, 2021, in his first year of eligibility.

FAQ: How old is Peyton Manning?

FAQ: What is Peyton Manning networth in 2020?

Quick Facts
Help us Edit this article and get a chance to win a $50 Amazon Gift card.
Last Modified: Jul 11 2021
You may also like
articles you may like