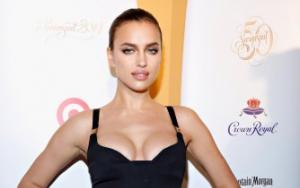 Ashley Manning is known for being the wife of famous football legend Peyton Manning. Peyton Williams Manning is a retired American football quarterback who spent 18 seasons in the National Football League.

Most fans and football media had written his career off when he suffered a major neck injury. He was able to not only come back, but he also came back with a vengeance and became a champion. Ashley is the daughter of Marsha and Bill Thomas. Even though her birth date is not available on public record, she is thought to be around 40 years of age. She has three siblings. The name of her elder sister is Allison, and she also has a younger sister named Leigh. Her younger brother’s name is Will. Her father is a commercial real estate developer as well as an investment banker, and her mother was a housewife.

Ashley completed her graduation from the University of Virginia in 1997. She holds two degrees, a major in finance and a major in marketing.

During her junior schooling, Ashley participated in the program known as “Service Over Self.” In that program, for a full week in the summer, the students had to go out in the heart of Memphis and work with homeowners who needed help with renovation and repairs. It was an unusual program for a young girl to get into, but Ashley liked to get involved in things that seemed to be reserved only for boys. She considered herself a tomboy and took pride in doing things that people didn’t expect from her.

According to Ashley’s elder sister Allison, she was always competitive. In her youth, Ashley was a strong follower of Jesus Christ. She was also involved with different Boys and Girls Clubs as a volunteer. During her high school years, she tutored each Saturday there. She enjoyed helping her fellow students that were struggling in school. For her outstanding charity involvement, she was inducted into the Ascensus Society. It was a huge honor for her personal life. All her life, Ashley was an unselfish person that just wanted to help people. To be recognized for her loving heart was a big milestone for her.

Ashley and her eventual husband, Peyton, were introduced to each other by the next-door neighbor of Ashley’s parents. From the moment of love at first sight, they started dating. At that time, Manning was a blue-chip college recruit and was heading to the University of Tennessee.

On March 17th, 2001, Ashley and Peyton Manning tied the knot in Memphis. Ashley and Peyton have two children together, which were a set of twins. Among the twins, one is a boy named Marshall, and the other is a girl named Mosley. Both of them were born in the year 2011. Ashley maintained a low profile, and there was no formal announcement of her pregnancy. It was kept private, which was unusual for a celebrity couple. The couple rarely made public appearances and their children because they preferred separation between their public and private lives.

Peyton had ups and downs in his football career. Ashley was always a strong source of advice when Peyton needed it.

Peyton Manning played for the Indianapolis Colts and the Denver Broncos during his football career in the National Football League. He had a long tenure with the Colts until a major neck injury caused them to lose faith in him. He didn’t think that he would ever return to his elite form again. They also had an up-and-coming quarterback named Andrew Luck that they wanted to give the quarterback position to. They didn’t want Manning to be a distraction to Andrew Luck. If Andrew Luck had to worry about Peyton Manning on his back and possibly taking his spot, he wouldn’t reach his full potential.

FAQ: What is Ashley Manning networth in 2020?