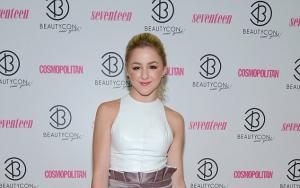 Born on May 25, 2001, to Marc Lukasiak and Christi Lukasiak in Churchill, Pennsylvania, Chloe Elizabeth Lukasiak was named after her great-grandmother Elizabeth who died in the year 2015. She has a sister named Clara Lukasiak, who is younger to her. Her interest in dance was ignited at a very young age of two years, and she started her training in dance from the Abby Lee Dance Company. Two years after starting her dance training, Chloe went on to participate in various dance competitions and won many awards and recognition at the regional as well as national level. During her dance training at ALDC, she became proficient in many genres such as ballet, hip-hop, lyrical, jazz, contemporary, etc. to name a few. Chloe is asthmatic and is allergic to cats and horses. In her spare time, she likes to read as well as write novels and stories. She is also a good swimmer. She also likes to hang out with her friends like Paige Hyland, Brooke Hyland and Nia Frazier. Taylor Swift, Lady Gaga, Katy Perry are some of her favourite singers. In 2015, instead of joining any normal school, she went on to join Cyber-school, and she plans to go to college after completing her school.

Her promising television career started in 2011 when she was selected for a reality television series Dance Moms aired on Lifetime alongside her mother. In 2014, during the season 4 of the show, Chloe’s mother decided to quit the show owing to her spat with Abby Lee Miller. Their last episode was Hollywood Here We Come Part 2 in 2014. Currently, she has her YouTube channel which has garnered too much attention. She also went on to join Studio 19 and led her team to win the national level competition. Along with Dance Moms, Chloe has also appeared in several television shows like Today (The Today Show) in 2011, The View in 2012 and 2013, Anderson Live in 2012, Katie in 2012, Good Morning America in 2013 and The Doctors in 2015.

She has also been cast in two movies, Center Stage: On Pointe as Gwendolyn Murphy in 2016 and Cowgirl’s story as Savannah Stocker in the same year. She also started #NobodyisYou, an anti-bullying campaign with the help of Just For Kix, a dance wear company which Chloe works as their spokes model. She has also done several dance videos, her fist being It’s Like Summer in 2011. She then went on to do much more which includes Summer Love Song in 2012, Fool Me Once in 2015, Turn It Up in 2015, Alice in 2015 and Wrapped Up For Christmas in 2015.

She has also worked as a model for various fashion brands like 90 Degree by Reflex, Glitzy Girl and Sally Miller. She has also started a web series Dance Classes With Chloe in 2016.

She is 5ft 5in in height and doesn’t have any children. She started dating Ricky Garcia in 2015 who is known for the show Best Friends Whenever, but they broke up in 2016. According to her biography, her net worth is about $0.8 Million Dollars, but there is no information about her exact salary.

FAQ: How old is Chloe Lukasiak?

FAQ: What is Chloe Lukasiak networth in 2020?