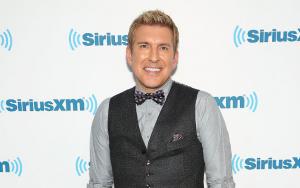 This light blond haired, blue eyed American actor and producer, who self-made millions and lavishly spent much more than what he made, a loving father of five children, living in a $2 million mansion, a heartthrobe with huge fan following in social media, had a rather humble beginning.

Michael Todd Chrisley  was born on April 6, 1969, in Georgia, USA, into a simple family. He grew up in Westminster situated in South Carolina, alongside with his two brothers Randy and Derrick.  Todd Chrisley  and his long time girlfriend Teresa Terry got married when they were 21 and 19 years of age respectivesly. They had to marry, so early in their lives, as Teresa got pregnant. The marriage lasted till 1996 when they got divorced. Through Teressa, Todd got two children, a son Kyle and a daughter Lindsie, both of them continued to live with Todd after the divorce. Soon after, he went on to marry his girlfriend Julie Chrisley on May 25, 1996, with whom he is still married. Julie and Todd has three children together, two sons namely Chase and Grayson and a daughter Savannah. Of all five children of Todd, Kyle is the eldest and Grayson is the youngest.

Kyle and Chrisley are grown up and have their own family now. Kyle Chrisley has a daughter named Chloe Chrisley, and his sister Lindsie Chrisley has a son named Jackson Campbell with her Ex husband, Will Campbell. Chase Chrisley is a favourite among the female fans because of his good looks and charming personality. Todd and Julie’s daughter Savannah Chrisley is an award winning pageant queen and aspires to be Miss Georgia one day.

Todd Chrisley is a self-made millionaire. He is the founder and current CEO of Chrisley Asset Management in Atlanta, Georgia. He also has many start-ups under him like CS production, The Lereve Group and Todd Chrisley retail stores. He also has the knowledge of being a Realtor. He is also a very successful entrepreneur and producer.

Chrisley has appeared in several TV series in his career. He appeared on the popular television series like Steve Harvey and The Domenick Nati Show. He has also appeared in the American talk show 'The View' in 1997.

Chrisley has starred on an American television reality series, Chrisley Knows Best on March 11, 2014. The show centers on the wealthy Georgia real estate mogul Todd Chrisley and his family. The show is currently running its fifth season. He is seen as the patriarch of the Chrisley family who is a strict and tough father and knows how to keep his family in line. He manages his family like his job and gives them honest opinions. The show also has two special episodes. The show garnered a lot of social media attention and became the top searched Google topic on the day of its premiere. It was also a trending topic on social media sites like Facebook and Twitter.

FAQ: What is Todd Chrisley networth in 2020?