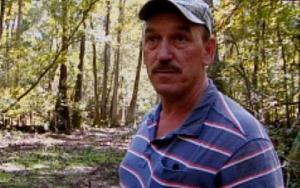 Catching and killing alligators is a profession that has existed throughout history and is often passed from one generation to the next. The alligator hunters constantly discover new techniques. These new ideas are combined with the tried and true methods passed down from previous hunters to ensure that each hunter catches the maximum number of alligators allowed. Troy himself is noted for having seen an impressive 82 gators in a single day. A feat like catching the 82 gators is what has given Troy a spot on TV.

Swamp People set TV rating records as people tuned in to see what the hunters would do on the show. The competition between hunters on the show is engaging and exciting. Alligator hunting in Louisiana is essential to keep the gator population under control. The featured hunters seen on the show are just a fraction of the actual number of hunters participating in this centuries-old tradition.

We see Troy escape significant dangers throughout the show, roam the swamps, and fill his boat with gators. We also see him setting records with some of the giant beasts he can catch. Despite the many dangers of the job, there have been no injuries, except for Mitchell Guist. Guist died on May 14, 2012, due to an accident on the Belle River near Pierre Part. According to authorities, he slipped and fell while loading items onto his boat. It was initially reported that he suffered a seizure, but it is unclear whether the seizure resulted from the fall or if a medical condition caused it.

Troy doesn't seem to be in the least bit affected by the danger that comes along with alligator hunting. As one watches Troy, it often appears that the risk involved is part of what he enjoys about this occupation. It takes a brave and strong person to hunt alligators in the first place. The result, of course, is a successful TV show filled with breathtaking scenes. Troy will continue to hunt alligators as long as the people keep watching.

Troy owns a service station at Pierre Part, Louisiana, on State Highway 70. It is known as the "Duffy Shell Station" and was proudly named after Duffy Landry's father. Troy also owns one of the largest crawfish harvesting companies in Louisiana. The reality TV show keeps him busy and happy, and Troy can often be seen on the show bragging about being the "King of the Swamp."

Quick Facts
Help us Edit this article and get a chance to win a $50 Amazon Gift card.
Last Modified: Aug 17 2021
You may also like
articles you may like