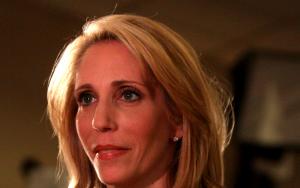 Dana Bash was initially an editor at the Washington Bureau, planning and coordinating CNN's Capitol Hill and the State Department coverage. She handled essential issues such as Social Security and Medicare. Bash also co-produced the show 'Late Edition' along with Evans, Novak, and Frank Sesno. She worked in "Inside Politics Weekend." She covered the presidential and vice-presidential campaigns in the year 2000. She was made the congressional correspondent of CNN in 2008 and has covered the US congress since 2006.

Dana Bash has covered many exciting landmark decisions that have changed the political scenario in the United States. Dana Bash was one of the first reporters to cover the news concerning the resignation of Senator Jim Jeffords from the Republican Party in 2001. This move was a monumental one that gave the Democrats an upper hand in the US Senate. She was one of the first to report about Mitt Romney's decision to stop his campaign. She received the Dirksen Award for her coverage of the Government's secretive interception of the translations from the terrorist group, Al Qaeda.

Bash won a Peabody Award in the category of Best Political Team on Television. She also covered the evacuation of Capitol Hill in the wake of the September 11 attacks.

Her career has had many significant milestones. Bash played a crucial role in CNN's 2016 presidential primary debates, serving as a moderator in six of the seven primetime primary debates. During this time, Bash conducted in-depth interviews with many candidates, including Donald Trump, Ted Cruz, Bernie Sanders, Jeb Bush, John Kasich, and Marco Rubio. Bash also continues to regularly serve as a moderator for CNN's political town halls.

Bash revealed that she received many pretty gross comments from male senators during her career as a congressional reporter. She was saying that they openly discussed her weight on multiple occasions. She continued to say that maybe only older men acted like this. She mentioned that after she had her son, she got some comments about getting her figure back. Bash believes having more women in elected office matters because "Women tend to be good problem solvers and listeners, which is sorely needed in politics." She went on to say, "the fact that there are more women than ever in politics is a large contributing factor to Congress addressing how sexual harassment is dealt with on Capitol Hill." On May 12, 2018, Bash received an Honorary Doctorate of Humane Letters from Franklin Pierce University in Rindge, New Hampshire.

FAQ: How old is Dana Bash?