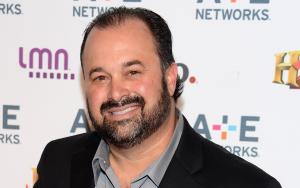 Frank and his co-host, Mike Wolfe, were friends since they were young and grew up in Iowa. It was only natural that Mike would eventually be sucked in by Frank's passion and interest in antiques and collectibles. Due to their natural rapport, it was no surprise that they worked together on a successful TV show.

Because of his fame and success from his TV program, Frank appeared on other popular TV shows such as The Late Show With David Letterman, American Restoration, Pawn Stars, Rachael Ray, and Who Wants to Be a Millionaire.

Frank's show has made him a wealthy man. Frank commands a high annual salary for his work on American Pickers. By the fifth season of his show, it was rumored that his salary was around $500,000. This salary is in addition to what he earns from his own business, which has received a massive influx of new clients from the show's strong presence. The TV show has been a strong referral funnel for Frank's business. Frank's estimated net worth is over $4 million. His fortune mainly stems from his hugely successful antique business and his salary for being on American Pickers, which has been on the air for over ten seasons.

Frank and Mike are also the co-founders of Antique Archeology, prominently featured on the TV show. They frequently research stories and travel throughout the country to look through barns and basements. They enjoy digging through decades worth of junk to find hidden treasures. According to the two famous collectors, these junk heaps contain many hidden gems that are very valuable. They claim that their findings have primarily contributed to their substantial net worth over the years.

People who wish to know more about Frank can follow him on social media. He maintains a very active Twitter account where he shares updates on his life and his business. He also has various interviews available on Youtube. Frank likes to keep his life very private, which is why he does not have a Wikipedia page. Many fans wanted Frank to be on Instagram because they felt that the popular photo-sharing platform was perfect for Frank to highlight his objects. Still, Frank decided not to because he wants to maintain his privacy. His fans decided to do the work for him and created a fan page on Instagram with over 50 thousand followers.

Quick Facts
Help us Edit this article and get a chance to win a $50 Amazon Gift card.
Last Modified: Aug 1 2021
You may also like
articles you may like