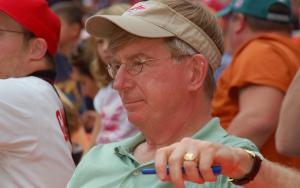 George Will is among the most talented journalists in the United States. He is a columnist and a winner of the Pulitzer Prize. Currently, he is working for Newsweek, Fox News, and The Washington Post. There are almost 450 newspapers where his column is published.

Will is the son of Frederick L. Will and Louise Hendrickson Will was born in Champaign, Illinois, on May 4, 1941. His father was a University of Illinois philosophy professor who specialized in epistemology. Will attended Urbana, Illinois' University Laboratory High School, and Hartford, Connecticut's Trinity College (B.A., Religion, 1962). He went to Magdalen College, Oxford, to study philosophy, politics, and economics (B.A., MA). After graduating from Oxford, Will dropped out of Harvard Law School and went to Princeton University, where he earned M.A. and Ph.D. degrees in politics.

He worked on the staff of Republican Senator Gordon Allott of Colorado from 1970 until 1972.

From 1972 through 1978, Will worked as an editor at National Review. In 1974, he joined The Washington Post Writers Group and began writing a syndicated biweekly column, which grew in popularity and is still published in newspapers across the country. His column appears in 450 newspapers across the country. He joined Newsweek as a contributing editor in 1976 and wrote a biweekly back page column until 2011.

Will was awarded the Pulitzer Prize for Commentary in 1977 for his "distinguished commentary on numerous themes." Will's essays frequently blend factual reporting with conservative commentary for their academic vocabulary, allusions to political philosophers, and numerous references to baseball?

Will has also written two blockbuster baseball books, three political philosophy books, eleven collections of his columns for The Washington Post and Newsweek, and numerous book reviews and talks.

Will was a Fox News contributor from 2013 through 2017. Will was a news analyst for ABC News from the early 1980s until the present and was a founding member of ABC's This Week panel with David Brinkley in 1981, titled This Week with George Stephanopoulos. Until he departed from ABC News, Will was a panelist on This Week. From 1977 through 1984, Will was a regular panelist on television's Agronsky & Company. On Sunday, March 19, 2017, Chuck Todd, the moderator of Meet the Press, welcomed Will back as a panelist, remarking that he had not appeared on the show since 1981 and would be his 52nd appearance.

On May 8, 2017, Will was hired as a paid political contributor for MSNBC and NBC News. On Today, Morning Joe, and The 11th Hour, he is anticipated to deliver regular political commentary.

Continue reading about George Will...

FAQ: How old is George Will?