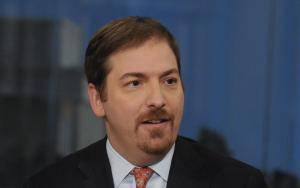 Charles David “Chuck” Todd was born on April 8, 1972 and is an American expert and accomplished news journalist.

Chuck was born in Miami, Florida to Lois Cheri and Stephen Randolph Todd. He grew up with a Jewish upbringing. He graduated from Miami Killian Senior High School, he then attended George Washington University, however, he did not graduate from college. Todd was attending the university on a music scholarship and was an expert in playing the French horn. He majored in political science and minored in music. Even though he had a passion for politics, he still wanted to learn music for the sake of his creative and artistic outlet.

Before he ventured into his career of political reporting and analysis, he first earned practical political experience through various campaigns in Florida and Washington D.C. While his stay in college, Chuck worked for the presidential campaign of Senator Tom Harkin and then started work at The Hotline. Until March 12, 2007, Todd worked for National Journal's The Hotline, where he was editor-in-chief for six years. It was invaluable experience that he would use to move up the ladder in his field.

Todd also co-hosted with John Mercurio for Hotline TV which comprised of a daily show of three to seven minutes adding up to a weekly show of about 20 to 30 minutes. Because of his expertise, he became a frequent guest in talk programs and political discussion shows like Hardball with Chris Matthews and Inside Politics with Judy Woodruff. Besides working for The Hotline, Todd added to his resume, the position of political director for NBC in March of 2007. He reached that role with the help of Tim Russert. Todd became one of Washington’s foremost experts on political campaigns of all levels after working 15 years at The Hotline.

After Russert’s death, Todd was chosen as a suitable candidate to replace him as the host of Meet the Press, but David Gregory was instead selected for the job. He often expresses his views on political discussion shows like Moring Joe, Meet the Press, and NBC Nightly News with Brian Williams. At Newsvine, he does a weekly Question and Answer session with the users.

Todd succeeded Gregory as the NBC News Chief White House Correspondent alongside Savannah Guthrie on December 18, 2008. Being the NBC News Political Director, he was also named Contributing Editor to Meet the Press. According to MSNBC television personality Dan Abrams, Todd ranked fifth in the name of TV-journalists in America by influence for a October 2009 poll. He rose to second position for December 2011, but soon fell to 90th position for January 2013. Since January 2010, Todd collaborated with Savannah Guthrie and hosted The Daily Rundown on MSNBC. On August 2014, he took over as the host of Meet the Press on NBC and left his role as chief White House correspondent as well as the co-host of The Daily Rundown. His first edition of Meet the Press aired on Sunday, September 7 2014.

FAQ: How old is Chuck Todd?