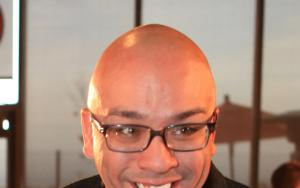 Jo Koy is known as an American stand up comedian. He is most famous for selling out arenas and his appearances on Chelsea Lately.

Joseph Glenn Herbert was born on June 2, 1971, in Tacoma, WA. Jo Koy attended both Spanaway Lake High School and Foss High School. He moved to Las Vegas to be closer to his grandmother. Jo Koy dropped out of the University of Nevada to pursue a career in standup comedy. Jo Koy's stage name originates from a nickname that his family gave him during his youth.

Jo Koy was married until he got a divorce in 2013. He made commitments to his former wife to stay in a healthy friendly relationship for the sake of their son. He pays child support to his ex-wife and it spoils his son.

After the divorce, he was already seen with a girl in various public places. He announced that he was seriously dating a girl. When he came back from Los Angeles, there were a lot of rumors about a secret marriage and engagement. When asked whether he was engaged, he said that he is not with her anymore. He said that because of his career, he is too far away from being boyfriend material.

He wanted to keep his personal and dating life as mysterious as possible for the sake of his son. There were rumors that he may have dated famous actress, Tia Carrere.

In 1994, Jo started his comedy career at a comedy-drama club in Las Vegas. Before long he moved on from doing open mic nights to a spot on the talent scouting show "Catch a Rising Star" at the MGM Grand Hotel and Casino. Jo landed his first TV appearance on "BET's Comic View". Jo Koy has been on two episodes of Comic View.

Jo has picked up a huge following of fans from his appearances on "The Adam Carolla Show" and a late-night show called Chelsea Lately where he does various impressions from a P.F. Chang's greeter to an irate cab driver. He was asked about what he thought of Chelsea Handler and what she is like in person. He said that she is exactly how she was on the show and she never holds her tongue for anything but is very generous and giving. He said that he owes her big time.

Jo once said “Dying is easy, comedy is hard” when he was asked about his craft. He said that the worst part of his job is going to airports from city to city and that the constant trips can make him tired. Also, being away from his son is tough, but he thanks God he is not selling shoes at the mall anymore. He always jokes around about every city that he visits. He thinks that this keeps him on his toes and makes each show more fun.

When he was asked where he finds his inspiration, he said that he finds it in things that are close to him which are his family, his son, and anything of that nature. He also makes fun of himself a lot. The comedians he finds most funny are Eddie Murphy, David Chappelle, and Brian Regan. When he was asked about the high point in his career, he said that working with Jon Lovitz, who is a guy that he impersonated a lot in high school. Now he is a good friend of him and talks about him in his act.