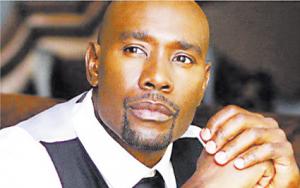 Morris Lamont Chestnut is an actor and producer from the United States. He rose to fame after portraying Ricky in the 1991 film Boyz n the Hood. He has starred in feature films and television shows, notably the NBC TV series The Enemy Within, in which he played FBI Agent Will Keaton.

Morris Lamont Chestnut was born on January 01, 1969, in California. His parents are Shirley and Morris Chestnut. He graduated from Richard Gahr High School and then went on to study finance and drama at a California state university.

Morris is a film actor known for his roles in ''Like Mike'', ''The Perfect Holiday'', and many other movies. "Freddy's nightmare" was his first professional acting role. After his first featured film, acting role in "Boyz n the Hood," Chestnut got many roles in high-budget studio films. His career started to rise soon after "Boyz n the Hood." Morris has said that his character 'Lance' from the movie The Best Man Holiday is pretty close to Morris' real personality in terms of priorities in his life.

He was the winner of the annual Madden Bowl video game competition in 1998. On the eve of his wedding, Chestnut played alongside Taye Diggs and Nia Long in the 1999 film The Best Man. The Best Man received strong critical acclaim and performed well at the box office. Chestnut was nominated for an NAACP Image Award for his performance. In The Game Plan, he reprised his role as a football player. In 2001, he starred in The Brothers, a film about young professionals who struggle with fidelity and prosperity. In 2004, he had an appearance in Ladder 49 as a firefighter.

He collaborated with Steven Seagal three times: in Under Siege 2: Dark Territory (1995), as Seagal's hesitant companion, and in Half Past Dead (2002) and Prince of Pistols (2002) as the significant male villain (2008).

Morris Chestnut starred as Derrick Dog Prince in the 2015 film Heist. Morris Chestnut was voted one of the "Sexiest Men Alive" by People magazine in 2015. In the film The Best Man Holiday, Morris Chestnut had to get in shape for his role as Lance Sullivan, a professional football player. His fitness training with Obi Obadike, a celebrity fitness trainer, prompted him to co-author The Cut, a health and fitness book with Obadike. Exercise drills and recipes are included in The Cut, which was released on April 18, 2017.

He got married to his wife, Pam Byse, in 1995, and together they have two children. He said that the main reason for the success of his marital life is that Pam has always trusted him and never paid attention to any of the rumors about him having an affair. He said that a spouse being a sex symbol is not easy to deal with, but Pam handles it gracefully.

Pam was in for a shock because Morris had a secret girlfriend who was pregnant with his son. When his son was born, he confessed to Pam, initially devastated, but later forgave her husband. There were divorce rumors when the pregnancy news hit the media, but it turned to be just speculation. The details about who the secret lover was and his relationship with her after the birth of his son have been kept private and away from the media.

There were other rumors about Morris being a womanizer while married. It is rumored that he had more than one affair over the years. When that one girlfriend got pregnant, however, he had no other choice than to confess. He even said that Pam was happy about his honesty and letting her know about everything around him. He assured Pam that he was going to end the secret affair.

Morris appreciates his mom a lot for all her efforts in raising him. She used to take him to football practice after working all day and driving 20 miles away from work. She made sure that Morris learned to value education and made enough money to send him to college.

After graduating from college, Morris' first job was as a bank teller. Even at that time, Morris was already dreaming of becoming an actor, which nobody else knew about. When he finally started sharing his dream with his surrounding circle, his mother was the first and only person to put her trust and faith in him.

Another rumor is that Morris has a son named Dante, a high school girl who gave birth while Morris was in college. According to the rumor, he abandoned his son and got married right away when he met Pam. Morris does not like to speak on the subject but does provide a quick overview of the past situation to the media.

Morris admits to having been sleeping with Dante's mother, and he believed that Dante was his son at the time until a paternity test proved otherwise. He helped raise him for three years only to discover that he was not his son. The family was devastated, but he felt that he needed to leave that situation behind and leave it to the child's mother to make things right. Morris claims to have sat down with the little boy and explained that he was not his biological father.

FAQ: How old is Morris Chestnut?

FAQ: What is Morris Chestnut networth in 2020?

Quick Facts
Help us Edit this article and get a chance to win a $50 Amazon Gift card.
Last Modified: Dec 16 2021
You may also like
articles you may like