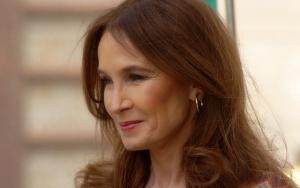 Jean Casarez was born on April 20, 1960 in Long Beach, California, United States of America. She is an Attorney, and also a news correspondent and anchor. Jean was born American, but both her parents are from Mexico. After attending the High School in Long Beach, the city in which she spent her childhood, Jean studied at the “University of Southern California”, and she later completed her studies at the “South-western University” in Los Angeles, from where she graduated as a Juris Doctor.
During her law school studies, Jean won the first place in the Moot Court Competition held state-wide. She also assisted in the preparation of a Writ of Certiorari for the US Supreme Court. She is a member in both Nevada and Texas bars, and she has registered her license in the Southern District of Texas Federal Court.

One of her first working experiences, when she was still studying law, has been at the “Gallagher and Tratos” firm in Nevada, where she worked as a clerk. Jean’s career as a journalist started in the year 2003, when she started working for “Court TV” (the actual truTV) till the moment in which that network eliminated the daytime trial coverage.
She was really versatile, and she covered many positions in that TV station, working as a news anchor and also in the capacity of legal reporter at “KOLO TV”, in Reno, Nevada. In the meantime, Jean also produced a news magazine called “First Edition”.
She also worked for a short period at “KENS-TV” situated in San Antonio, Texas, as fill in anchor. For a brief period, Jean worked also as a “City Hall” reporter. She serves nowadays as a news correspondent for “CNN” and its sister network “HLN”, based in New York City.

Jean is a multitalented person who, under the name “Jean LeGrand”, has also recorded six Spanish albums published by Capitol EMI Records and CBS. She has toured all over Mexico and America for her albums. Her Discography (partial) includes “Tirano” (CBS International, 1987), “Jean Le Grand” (EMI Latin, 1990), “It Takes 2 Duets” (EMI Latin, 1991), “Enamorada” (EMI Latin, 1992), and “Todo Para Ti” (EMI Latin, 1994).
She has received numerous awards and recognitions for her work as legal reporter, and also for her news coverage as journalist. She received the Peabody Award for her coverage of the Gulf Oil Spill.

Jean provides live coverage of the trials in the courtrooms all over the country as correspondent. Some of the important cases that she has covered include the Kobe Bryant rape case, the Scott Peterson sentence hearings, the stories of West Virginia’s contaminated public water supply, the Utah trial of Martin Mac Neill, thePennsylvania road rage, and the Coral Eugene Watts Trial. She testified in the Jodi Arias trial which created a controversy at that time as she has also reported on the trial. From Florida and the Bahamas, she covered the court proceedings at the international legal aspect involving Anna Nicole Smith, and her untimely death. In 2009, for “In Session”, she covered the trials of George Zimmerman, Conrad Murray, Casey Anthony, and Jodi Arias.

Jean is also a legal adviser and guest on the national cable and network news shows like CNN’s “Larry King Live”, “Nancy Grace” in HLN, and “Anderson Cooper 360”. She also does work for NBC show “The Today Show” and “The Early Show” of CBS.

FAQ: How old is Jean Casarez?