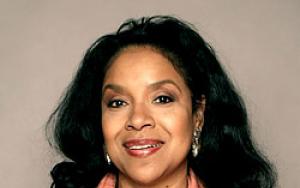 Phylicia Rashad-Allen was born on June 19, 1948, in Houston, Texas. She was born to Vivian Elizabeth, a poet and art director, Andrew Arthur Allen Jr., a jazz musician, and an orthodontist. She comes from a well-educated background, with her mother being an alumnus of Brainerd Institute, Barber-Scotia College, and Bennett College of North Carolina. As a young child, Rashad, her older brother Andrew, and her younger sister, Debbie Allen, lived in Mexico. Rashad has another brother named Hugh Allen, who became a real estate banker in North Carolina. Rashad's mother decided to move to Mexico to give her children a chance to grow up in an environment that wasn't plagued with racism and segregation prevalent in the 1950s.

Rashad started her career with theater and became known for her work on the stage in a string of Broadway shows, including her role as Deena Jones in "Dreamgirls" and playing a Munchkin in "The Wiz" for three and a half years. In 1978, Rashad doubled down on her vocal ability and released the album "Josephine Superstar," which tells the life story of Josephine Baker. The album was written and produced by Jacques Morali and Rashad's second husband, Victor Willis, the original lead singer and lyricist of the Village People.

Rashad also has credits on Broadway productions like "Cat on a Hot Tin Roof," "August: Osage County," "Blue," and "Into the Woods." She also played several theatrical roles off-Broadway, including "Bernarda Alba," "Helen," and "The Sirens." She also performed in several regional theaters, including the Alliance Theater in Atlanta, Georgia, where she played the role of Medea in "Blues for an Alabama Sky," the Arena Stage in Washington, D.C., and the Huntington Theater in Boston.

A few years later, in 2004, Rashad became the first black actress of any nationality to win the Best Actress (Play) Tony Award for her role as Lena Younger in the revival of the play "A Raisin in the Sun" by Lorraine Hansberry.

FAQ: How old is Phylicia Rashad?

FAQ: What is Phylicia Rashad networth in 2020?