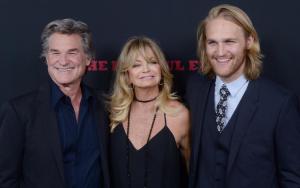 Wyatt Russell is an American actor and former ice hockey player who was born on July 10, 1986, in Los Angeles, California to his parents Kurt Russel and Goldie Hawn. He has three older half-siblings from his mother's previous marriage who are also actors. Russel grew up playing several sports including amateur and pro hockey. He was a goaltender for the Richmond Sockeyes, Langley Hornets, Coquitlam Express, Chicago Steel, Brampton Capitals, and Groningen Grizzlies. Russell attended the University of Alabama in Huntsville where he played NCAA hockey for the Chargers but his career ended abruptly due to injuries. Russell switched his sights from professional ice hockey to acting and appeared in feature films such as "Cowboy's & Aliens", "This is 40", and "22 Jump Street". Russell also co-starred in "Folk Hero & Funny Guy" which premiered at the Tribeca Film Festival. In 2016, Russell starred in an episode of the television series "Black Mirror".

He appeared in the episode titled "Playtest". In 2018, Russell appeared alongside Jovan Adepo in the World War II horror film "Overlord". He began dating stylist Sanne Hamers and on March 14, 2014, Russell and Hamers were married. They divorced in 2017 and Russel went on to date Meredith Hagner who he met while filming "Folk Hero & Funny Guy". Russell currently resides in Sherman Oaks, California.

FAQ: How old is Wyatt Russell?

FAQ: What is Wyatt Russell networth in 2020?