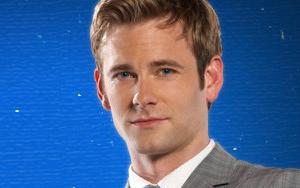 Eric Johnson is an American guitarist, songwriter, and vocalist. He was born on August 17, 1954 in Austin, Texas, USA. The Johnson family was musically talented: his father, David Johnson, was a whistling enthusiast, and Eric and his three sisters played the piano. Johnson started learning to play the guitar, at the age of 11. Four years later, at the age of 15, he joined up with the band “Mariani”, a professional, psychedelic rock group. In 1968, the band recorded a demo that didn’t have much success right away, and it was released in a very limited number of pieces. Years later, after Johnson became very famous, the same recorded demo became a highly valuable collector’s item.

After graduating from high school, Johnson attended the University of Texas at Austin. He travelled abroad with his family, they temporarily moved to Africa, but Johnson want back to Austin in 1974, and shortly after that he joined a local fusion group, the “Electromagnets”. The group performed till 1977, they also released two albums, but it was finally dismantled because it didn’t reach any relevant popularity. Even in this case, for the popularity and the cult born around Johnson, those two albums were later re-discovered, and published in compact disk format.

After the experience with the Electromagnets, Johnson joined Bill Maddox, a drummer, and Kyle Brock, a bassist. The trio played in Austin, and they also wrote an album in 1976/1978, “Seven Worlds” that wasn’t published until 1998 because of some contract disputes arisen at the time in which the album was recorded.

Johnson started working as a session guitarist, and he played with important singers like Cat Stevens, Carole King, and Christopher Cross.

In 1984 he finally got an important contract when he signed to Warner Bros Records.

Johnson popularity started growing, and in 1986 the magazine “Guitar Player” ran a cover about his history. The article helped the launch of the album “Tones”, and one of his tracks, “Zap”, was nominated in 1987 for the Grammy Award for Best Rock Instrumental Performance. Anyway the album didn’t sell as much as they were expecting, and for this reason Warner Bros Records didn’t renew his contract when it expired.

Johnson signed on with Cinema Records, an indie label distributed by Capitol Records, and in the mid ‘90s he was recording his album “Venus Isle”, while performing with the music group “Alien Love Child” and playing shows every now and then.

Johnson’s popular songs are Cliffs of Dover (1990), Song for George (1990), Trademark (1991) and Manhattan (1996). Although Johnson is best known for his solos, he is associated with other projects and appeared on Steve Morse’s Distant Star and John5’s The Washing Away of Wrong. He is widely praised for his guitar skills by well-known guitarists such as Joe Satriani, Steve Morse, B.B. King and Allan Hodsworth. His extraordinary musical talent earned him the name of “one of the most respected guitarists”.

Johnson’s platinum selling 1990 recording Ah Via Musicom produced the single Cliffs of Dover was critically acclaimed. He won the 1991 Grammy Award for Best Rock Instrumental Performance for Cliffs of Dover. It is an instrumental composition. His distinctive musical gift can be seen in his album “Up Close” The album was released on his own Vortexan Music Label. The disc has a variation of rock, blues, jazz, pop and country. He has mixed it up with his friends and guitarists Sonny Landreth and Jimmie Vaughan. Guest singers are Steve Miller, Malford Milligan and Jonny Lang. He lets his music just happen and goes along with the flow. It works best for him.