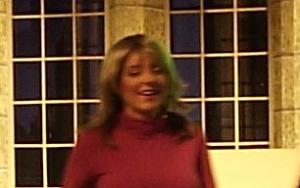 In the year 2000, Jessica moved to New York to anchor the show Bragging Rights on the Outdoor Life Network. It was a reality show that had male contestants taking part in challenging and daring outdoor sports. In 2005, after her stint in New York, she packed up and headed to Los Angeles. “I didn’t know anybody so I’m not sure what I was thinking. Being in television was such a fun job. I wasn’t really sure what else I could do.”

Jessica joined KTLA which was a local news station in Los Angeles. Initially, she was the weather reporter for the network’s program, Prime News. She was added to the show after winning a competition called The Audition. The producers of the KTLA Morning News show felt it was a great idea to hold an open casting call. They felt if they formatted like popular reality TV contests that it would draw a large number of talented contestants.

After winning the contest, Jessica was made the co-anchor of the Morning News at KTLA and also served as the weathercaster and anchor for the afternoon news show. During all those years at KTLA, the multi-faceted news anchor covered a wide range of topics on a daily basis.

She has covered reports on dangerous weather like floods, earthquakes, and wildfires. The fearless reporter has covered the Royal wedding of Prince William in London and interviewed celebrities like Johnny Depp and Angelina Jolie in Paris, Jermaine Jackson on the death of his brother Michael, not to mention that she spent a day with Martha Stewart and Paula Deen.

Jessica has won three Golden Mike awards. One of her most famous shows Slime Time Live was awarded Outstanding Children’s Program in 2002 by the Motion Picture and Television Association of Florida.

FAQ: How old is Jessica Holmes?